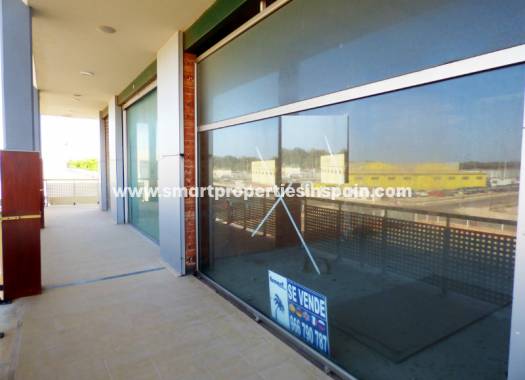 18.000 €
GREAT OPPORTUNITY!! Are you thinking of starting your business? Then this is your chance. Commercial premises located in the Las Dunas shopping center, in La Marina Urbanization, ideal for those who want to start a business. There is the possiblity to buy 2...
View Property
Ref: SP3853 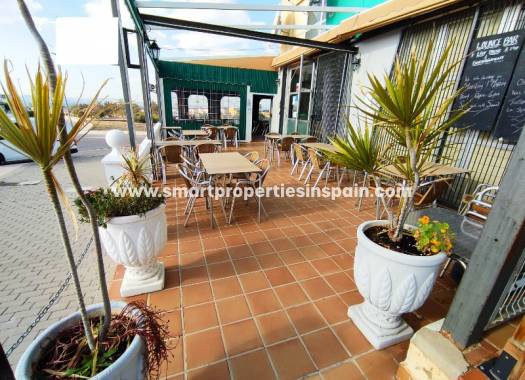 30.000 €
A WELL ESTABLISHED BAR/RESTAURANT!!! A fantastic opportunity to acquire the traspaso of a very well established popular bar/restaurant that has been trading for many years. The traspaso is sold as a going concern with a loyal clientel. With a wrap around terrace of...
View Property
Ref: SP2938
Reserved 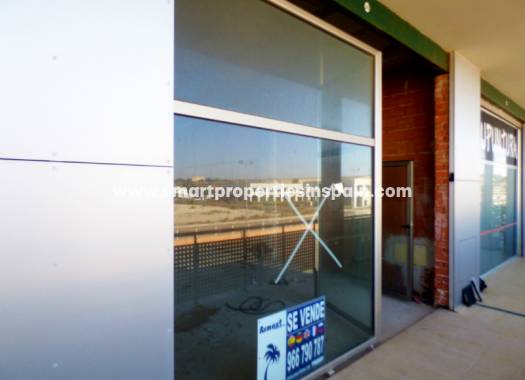 35.000 €
GREAT OPPORTUNITY !! Are you thinking about starting your business? Then this is your chance.Commercial premises in Las Dunas shopping center in the Marina Urbanization, ideal for those looking to start a business. It is possible to buy 2 identical commercial spaces...
View Property
Ref: SP3795 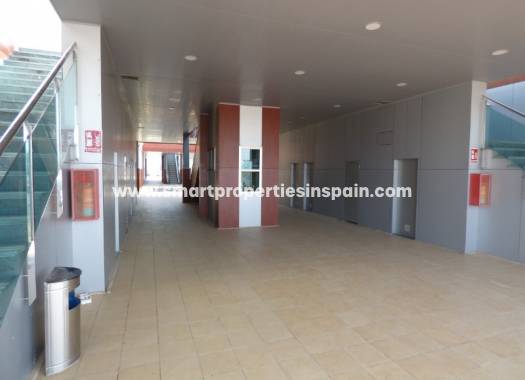 35.000 €
COMMERCIAL OFFICE IN A BUSY LOCATION A great opportunity for a business in a busy area. First floor office accomodation which can be used for any type of business and offers plenty of parking spaces with easy access.
View Property
Ref: SP3072 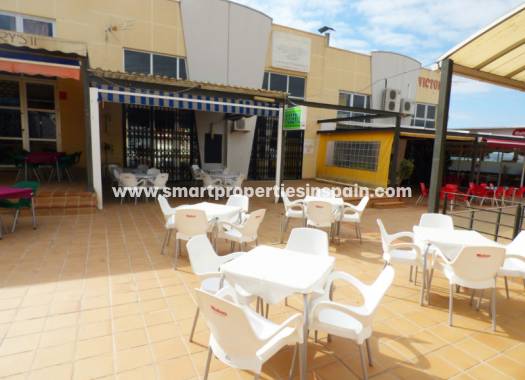 39.000 €
NICE RESTAURANT IN A COMMERCIAL AREA IN LA MARINA URBANISATION. Smart Properties are pleased to offer this 70 m2 restaurant located in a busy area of La Marina Urbanisation. There is an underbuild that is used as stotrage at the moment and a second floor that can be...
View Property
Ref: 2SP431
Exclusive
Reserved
Reduced price 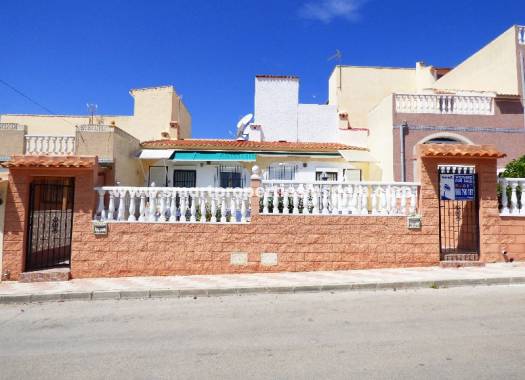 47.000 €
Here we have this cosy South East facing townhouse situated in La Marina Urbanisation. The property consists of 1 double bedroom, 1 bathroom, open plan kitchen and living room. It includes a private terrace. The house is in good condition and it is sold...
View Property
Ref: SP3433
Sea views 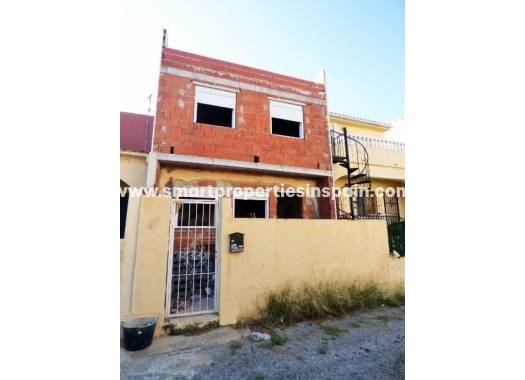 48.000 €
We bring to the market this extended Jose-Fina style property in La Marina Urbanisation, After renovations, the property will comprise of 2 bedrooms, 1 bathroom, a lounge-kitchen area and a solarium with fantastic sea views. Within walking distance to amenities and a bus stop....
View Property
Ref: SP3965
Reserved 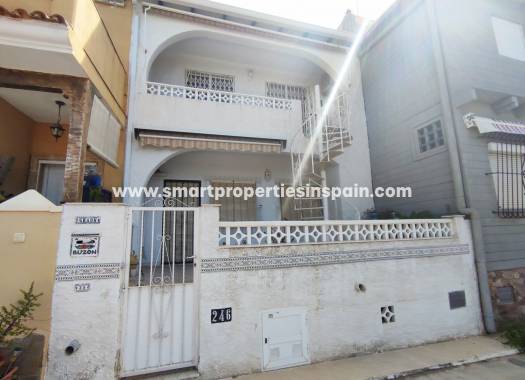 49.500 €
WE PRESENT THIS BEAUTIFUL TOWNHOUSE IN FRONT OF THE FOREST We present this charming home, a "Josefina" model that is for sale in La Marina urbanization, San Fulgencio. Located in a quiet area , just 5 minutes walk to all services (shops, bars, restaurants, health center, etc.), and 5...
View Property
Ref: 2sp229 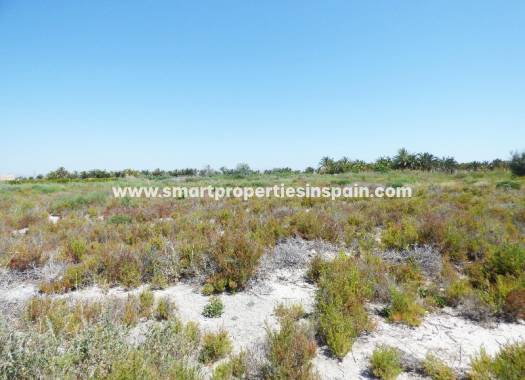 50.000 €
PLOT OF AGRICULTURAL LAND IN LA MARINA. Smart Properties are pleased to offer this vast 20,000 sqm of agricultural land situated on the La Marina to La Hoya road, in the countryside. This is a great opportunity to buy this plot only for cultivating purposes. Constructions of any...
View Property
Ref: SP3466
Exclusive 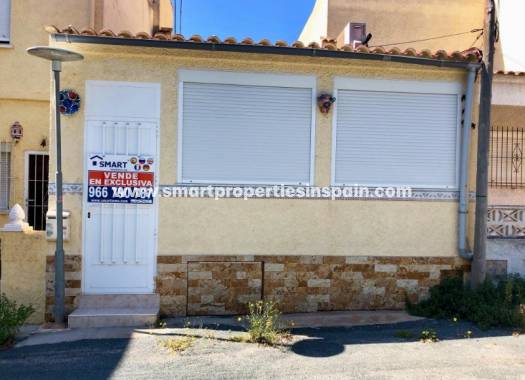 50.000 €
We have new on the market this beautifully extended townhouse located in La Marina Urbanisation. This property comprises of 1 double bedroom, 1 bathroom which has been recently renovated, an open plan kitchen - dining room and a spacious living room. This North facing...
View Property
Ref: 2SP430
Reserved
Reduced price 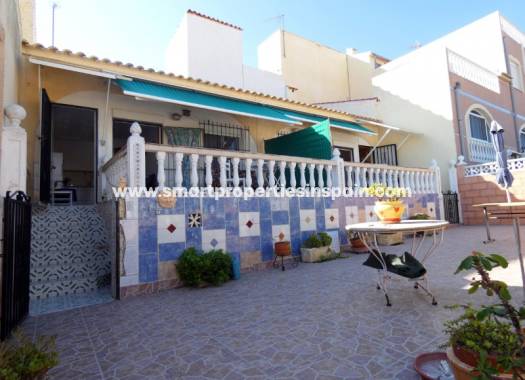 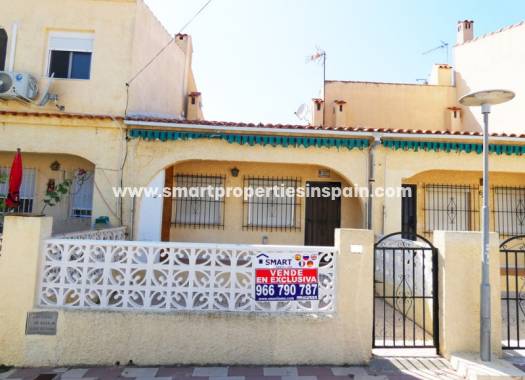 50.000 €
Beautiful Townhouse This cosy townhouse is available to buy, close to local amenities and in a nice quiet area. It has an open plan living area and kitchen , a good size double bedroom and a bathroom with a bath and shower. There is a...
View Property
1 2 3 4 ›

What is the profile of the foreign buyer in Spain?

According to the latest statistics, about 20% of the total purchase of housing in Spain is made by foreign citizens. In this article we explain where they come from.

According to data from the General Council of Notaries from the second half of 2014 until the end of 2016, there have been more home purchase transactions by foreigners than in 2007, in the midst of a housing bubble. It's possible? Let's look at it carefully.

Specifically, during the first half of 2016, the historical record of purchases made by foreigners was surpassed, reaching 43,519 operations.

Spain undoubtedly enjoys a special attraction for citizens of other countries because of its climate, relaxed lifestyle, cheap cost of living compared to most European countries. To all this must be added for years a real estate market that fits perfectly to their needs, both for the wide variety of prices as for the typologies of housing.

The UK, the largest investor market.

On the other hand, there is a strong increase in the purchases of some nationalities such as Ecuadorians, whose operations have increased by 68.2%, followed by Moroccans (49.2%), Swedish (41.2%) and Danish (38 %)

Smart Properties recognizes and responds to your needs, offering the best that the real estate market has to offer in this area. We serve you in Spanish, English, Italian, French, German and Russian. Smart Properties is the professional agency that you can rely on to offer solutions, results and advice that will exceed your expectations.

Our listing of homes offers a wide range of houses, including apartments, townhouses, villas, estates, new works, land and rentals. Our properties are located in areas such as sea front, golf course and country houses, including within the most sought after environments of the Costa Blanca South.