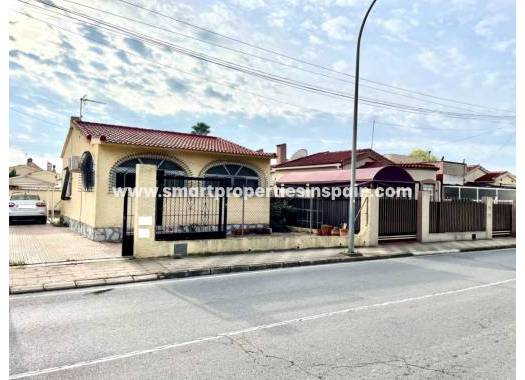 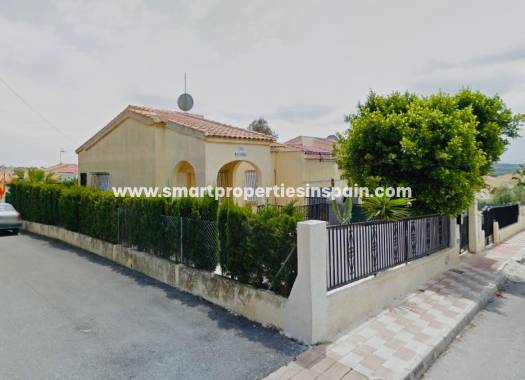 115.000 €
NICE DTACHED HOUSE LOLA TYPE IN URB. LA MARINA, JUST 5KM FROM THE BEACH!!!!! SMART PROPERTIES  presents this beautiful LOLA model INDEPENDENT CHALET that is for sale in a  quiet area in the La Marina urbanization. This charming property consists of a raised front terrace with an outdoor...
View Property
Ref: SP4058
Exclusive 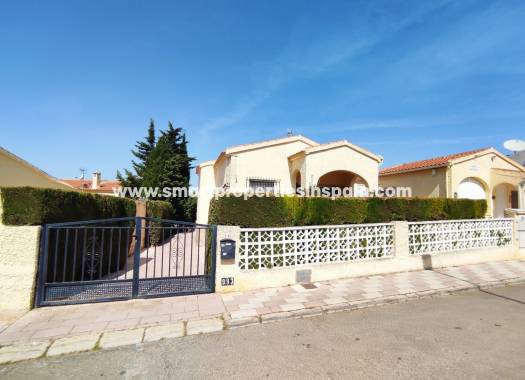 129.500 €
BEAUTIFUL DETACHED PINK TYPE VILLA IN LA MARINA URBANIZATION ON THE COSTA BLANCA !!!! SMART PROPERTIES presents IN EXCLUSIVITY this beautiful Rosa model INDEPENDENT VILLA that is for sale in a central but quiet area in the La Marina urbanization. This charming property consists of a...
View Property
Ref: 2SP483
Exclusive 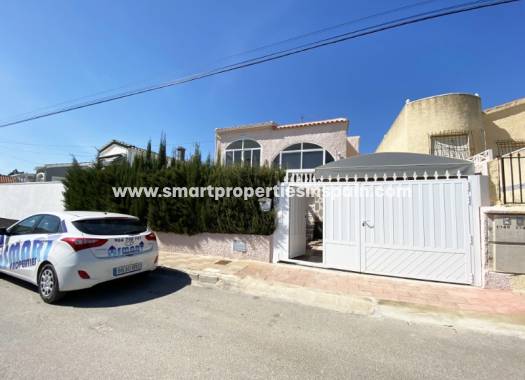 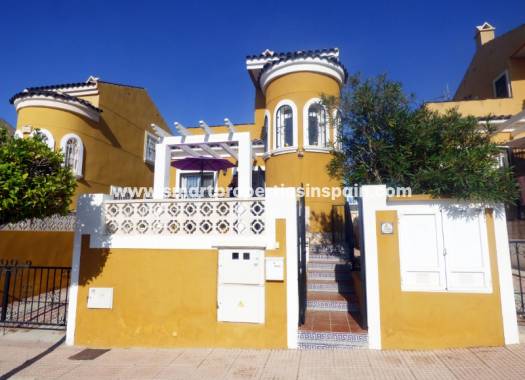 135.000 €
EXCLUSIVE INDEPENDENT HOUSE Spectacular independent house in the urbanization of La Marina, The property offers a parking space at the front of the house and a lovely raised terraced area, perfect for dining al fresco. On entering the property you have a lovely bright spacious lounge...
View Property
Ref: SP4089 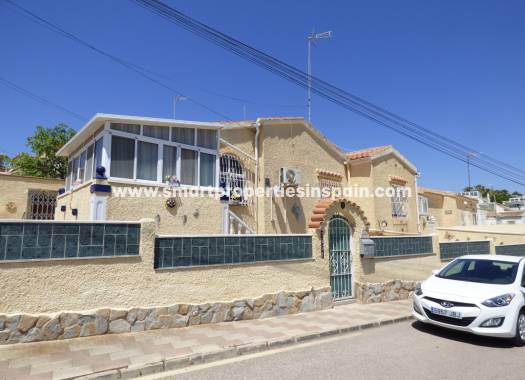 135.000 €
INDEPENDENT VILLA IN URB. THE MARINA WITH BEAUTIFUL VIEWS A beautifully presented detached villa for sale, situated on a very private corner plot in Urbanization La Marina, not far from the commercial area, which offers a variety of shops, bars and restaurants. Just a short drive from the...
View Property
Ref: 2sp506 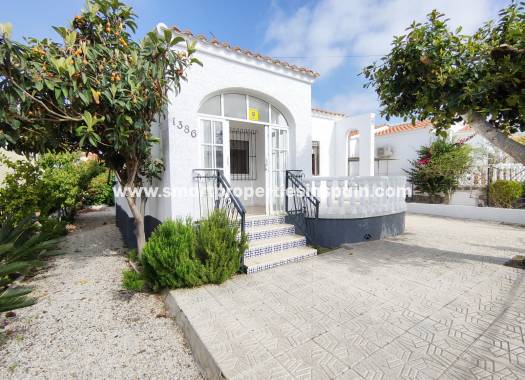 136.000 €
BEAUTIFUL INDEPENDENT VILLA IN LA MARINA URBANIZATION ON THE COSTA BLANCA! SMART PROPERTIES presents this beautiful INDEPENDENT VILLA that is for sale in a central but quiet area in the La Marina urbanization. This charming property consists of a small closed porch and an elevated...
View Property
Ref: 2sp553
New listing 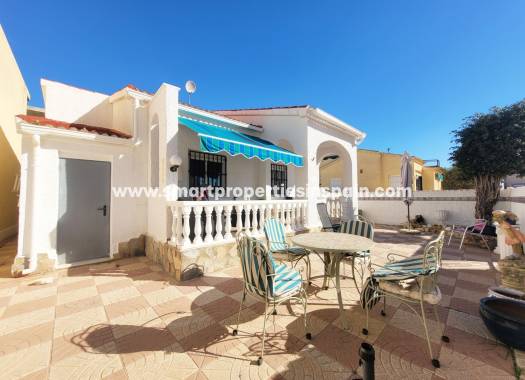 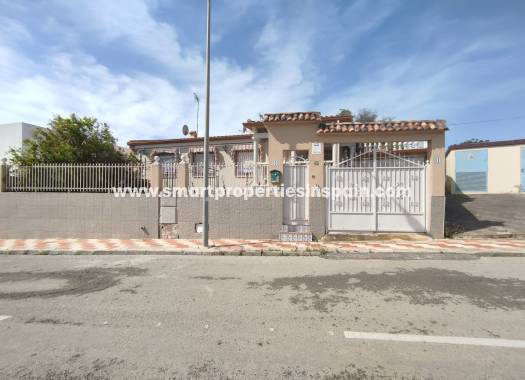 137.000 €
A LOVELY DETACHED HOUSE WITH GARAGE AND GARDEN/TERRACES IN LA MARINA URB We present this independent house, which has a great potential for renovation in La Marina Urb, at a 5 minute drive from a main commercial area, with all shops, town hall, health centre, supermarket, bars and...
View Property
Ref: SP4111 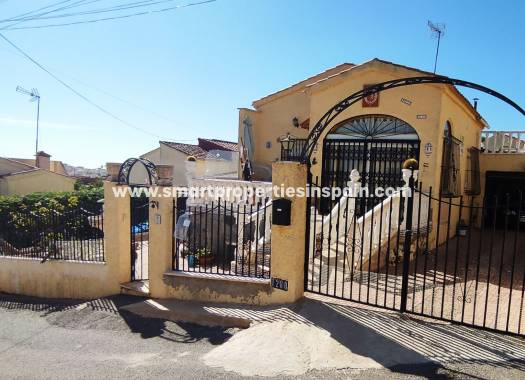 142.500 €
BEAUTIFUL DETACHED VILLA IN URBANISATION LA MARINA ON THE COSTA BLANCA!!!! SMART PROPERTIES presents EXCLUSIVELY this beautiful DETACHED CHALET for sale in a central but quiet location in the u rbanisation of La Marina . This lovely property comprises of a raised front terrace with...
View Property
Ref: SP4126
Exclusive 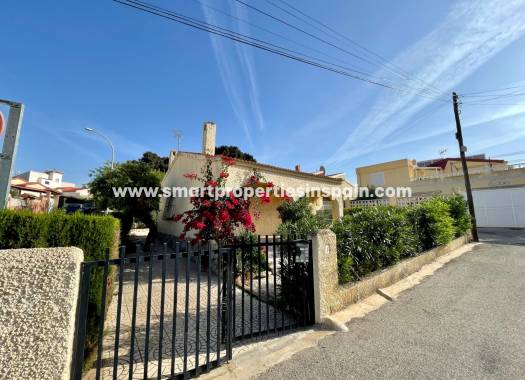 144.500 €
BEAUTIFUL DETACHED VILLA WITHIN WALKING DISTANCE TO AMENITIES IN URB. THE MARINE!!! Smart Properties is pleased to present this beautiful villa in Urb La Marina in a very quiet area and within walking distance of the commercial area where we find a variety of bars, restaurants, shops,...
View Property
Ref: 2sp518
Exclusive
Reserved 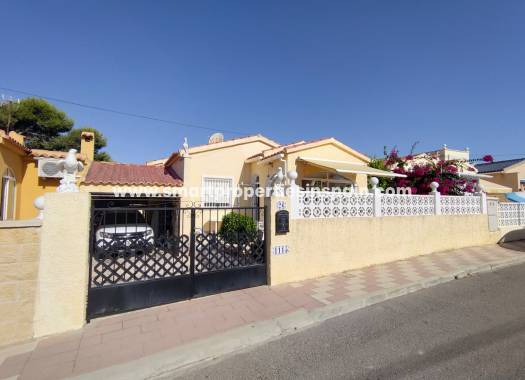 150.000 €
FANTASTIC INDEPENDENT VILLA JUST 200M FROM ALL KINDS OF SHOPS!!!!! SMART PROPERTIES presents this beautiful extended ROSA INDEPENDENT VILLA that is for sale in a central but quiet area in the La Marina urbanization. This charming property consists of an elevated closed front...
View Property
1 2 3 4 ›

By region, the Region of Valencia, with an investment of 1,926.7 million euros, was the region that attracted a greater amount of foreign real estate investment.

The real estate investment of foreign citizens resident in Spain increased during the first nine months of the year 19%, according to data from the Ministry of Public Works. Specifically, these transactions amounted to 8,445.9 million euros, compared to 7,098.9 million euros in 2015.

Of the total amount, second-hand housing mobilized up to 7,524.7 million euros. By contrast, 921.1 million euros were earmarked for the purchase of new housing. By regions, the Valencian Community was the one that monopolized a greater amount of investment, with 1,926.7 million euros. It was followed by Andalusia and Catalonia.

By provinces, at the head of this investment were located Alicante and Malaga, with 1,653.6 and 1,510 million euros, respectively.

According to data from the Ministry of Development, of the total amount, the bulk of this investment was concentrated in second hand housing, which mobilized 7,524.7 million euros, compared to 921.1 million that were invested in new housing. With regard to 2015, the amount of second-hand housing operations grew by 19.3% and that of new-build real estate by 16.2%.

Take a look at the catalogue of this website if you are interested in purchasing property in La Marina urbanisation in San Fulgencio. We have so many resales and new build properties available. If you are not able to find the kind of property you are looking for, take into account that we are also developers, so we can build your dream property. In our catalogue you will also find plots where we can build any project you have in mind.

We look forward to hearing from you. If you need any help do not hesitate to contact us.